Continuing our previous example, we will use the dashboard to build a narrative around explaining a model.

The global feature importance identifies top variables with high impact values, according to the model, on the overall prediction.

The global feature impact identifies whether the variable had an overall positive impact or an overall negative impact, according to the model, on the overall prediction.

You can zoom in on a single instance and examine what the model predicts for this input, and explain why. If you look at an individual prediction, the behaviour of the otherwise complex model might behave more pleasantly.

For local explanation, we need to pass in the row number we want to explain. By default, the row number is set to 1 but you can change in the input box below.

So in the next graphs, we are identifying feature importance, impact and prototypes for row number 1.

2.1 Feature Importance for a single prediction¶

The local feature importance identifies how variables impacted a single prediction. We take absolute of the impact values to give holistic importance of each variable.

2.2 Feature Impact for a single prediction¶

You can see the how similar the prototypes are to the row we are explaining by looking at the Weight column below which gives similarity score in percentage.

We have added a filtering function within our data table that you can use to slice your data and apply filters to extract a subset of the entire data. Then by using that subset of data, you can explain multiple instances and scenarios to, identify patterns within that specific sub-group, find similar profiles from within that subset. This is extremely useful when you are trying to understand behaviour on a specific cluster or group of data

We have added that in a very unique fashion - now instead of writing SQL queries, you can directly interact with the data table and add filters. In this example, I wanted to slice the data where AGE > 40. And automatically, I can interact with the tabs below to explore how predictions vary.

The interaction between two features is the change in the prediction that occurs by varying the features after considering the individual feature effects.

The partial dependence plot (short PDP or PD plot) shows the marginal effect one or two features have on the predicted outcome of a machine learning model. In this example, we can see that as AGE increase, its impact on the predicting outcome also increase which results in a higher prediction (mean value of the house) represented by the increase color contrast.

We have added input bars where you can further explore how features are interacting with each other and affecting the prediction value. 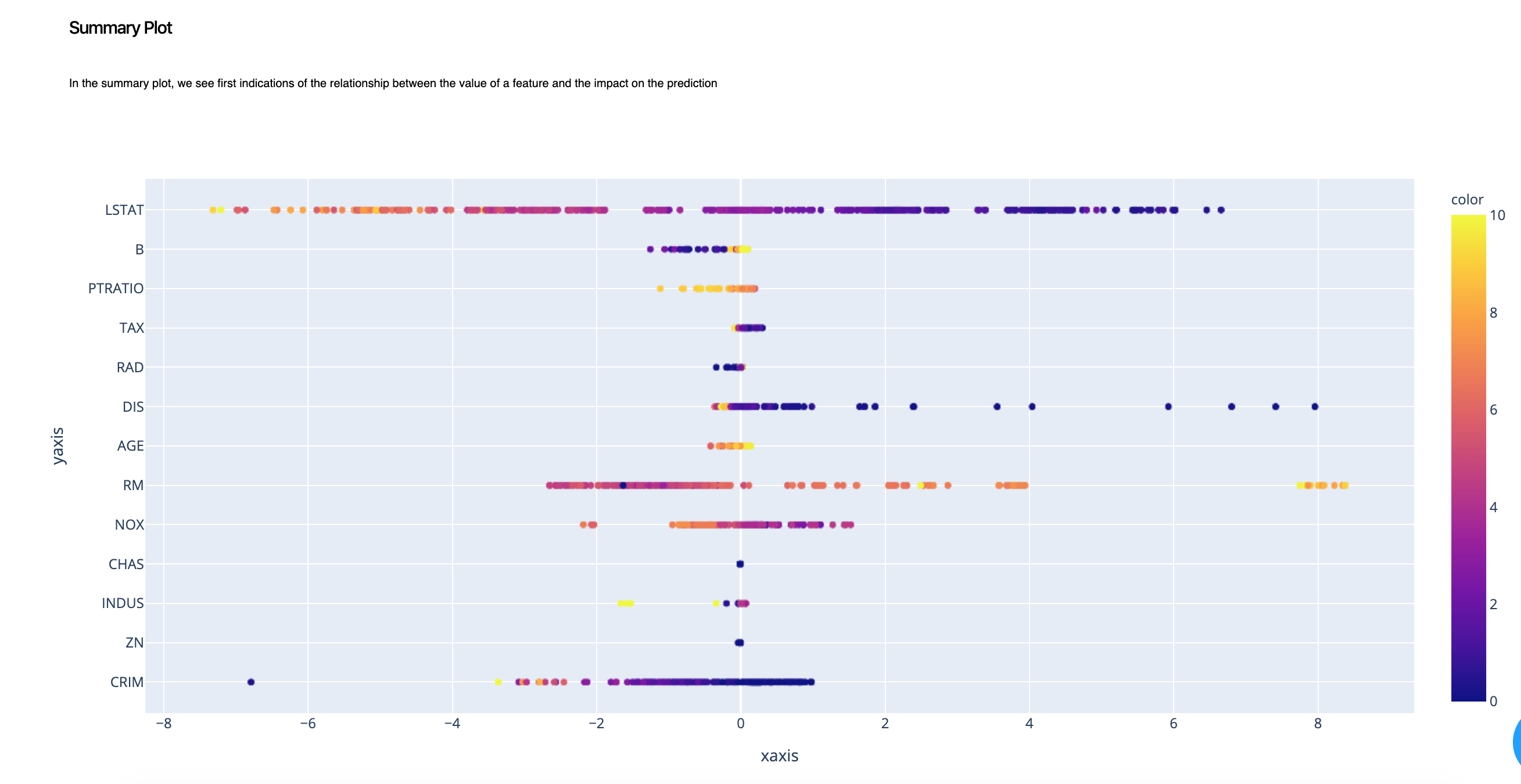 Use the histogram to get a distribution of your numerical or categorical variables. Use joint violet plots to get basic statistics summary like mean, median, model, Q1, Q3, Q4 for your variables. Now you can identify the distribution of the predicting variable on top of your other variables to find a join distribution. 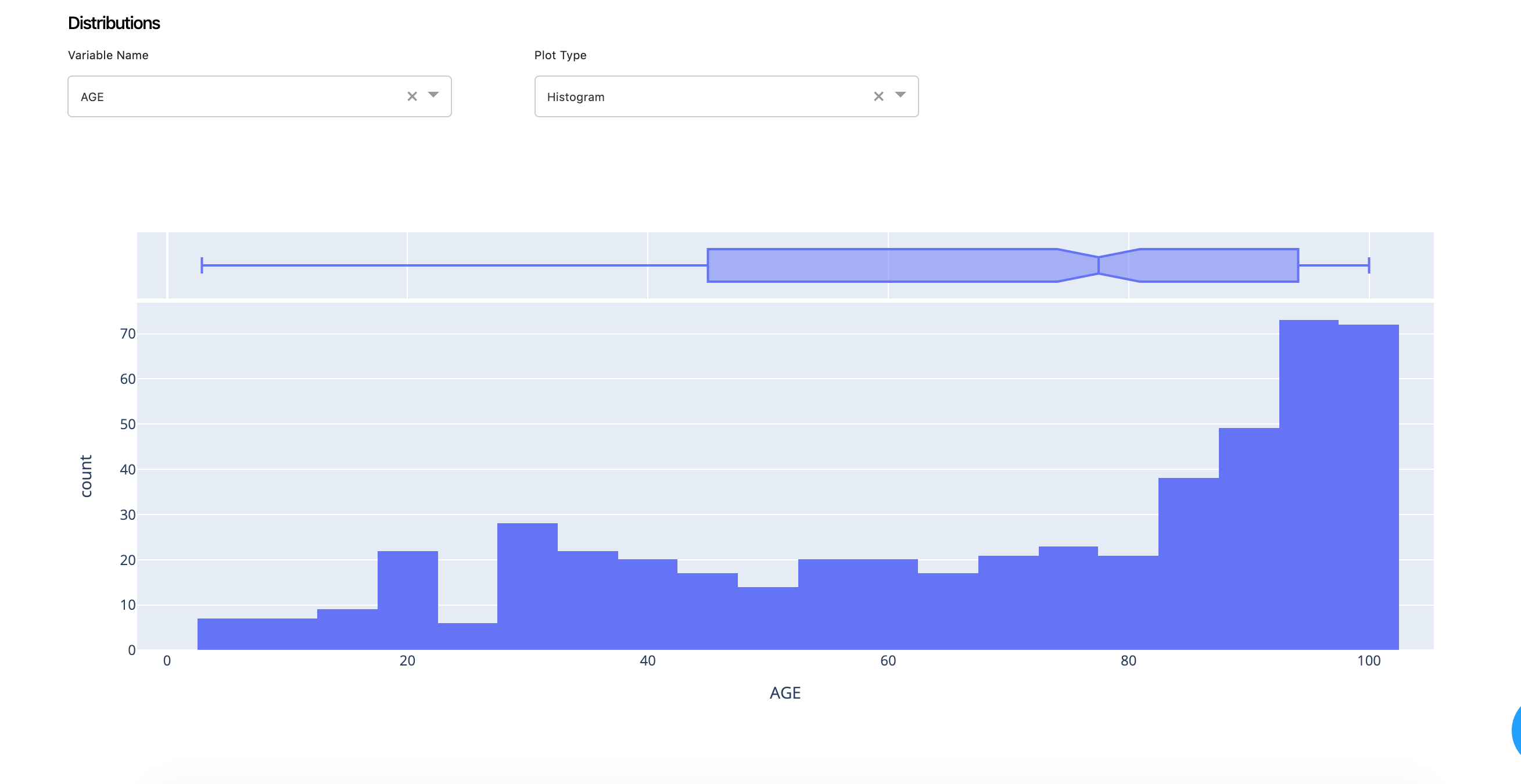